Each year, you can expect the majority of televisions in this country as well as those in other countries to be tuned to the Superbowl. This year it was no different. NBC, the network that broadcast this year’s game, reported that 101.1 million had their TVs tuned to Superbowl LVI this year. But those numbers only tell part of the story. Nielsen, the company that monitors television viewing behavior in order to collect data that gives media owners and advertisers insight into how well their efforts to attract viewers are working, found that an additional 11.2 million viewers were streaming the game. So in actuality, the game was reaching close to 112 televisions or devices. The question is how many people were watching the game and how many only looked up from their social media feeds or came in from another room only when the commercials came on?

Good Ad, But Where’s the Beef?

Yes, the sad truth as far as the NFL is concerned is that a large portion of viewers is there solely to see the commercials, so they can be a part of Monday’s water cooler conversations or to put it in terms of today, put in their two cents worth of Twitter comments. Now no one is disputing the fact that these carefully crafted ads are creative and noteworthy. The deeper and sadder truth for the advertisers is that their ads are so creative and noteworthy that people remember the ad but forget the product. Or in the words of the woman in one of the handfuls of ads that managed to make its mark – the 1984 Wendy’s Where’s the Beef ad, they forget all about the meat of the message. Aside from Coke and Frito Lays, whose chips and colas are always front and center in their ads, and Budweiser commercials that always star the majestic teams of Clydesdale horses that have become synonymous with the brand, most of the commercials are all buns with little beef.

However, one company has found a way to make its mark time after time, not just on Superbowl Sunday, ad it’s all wrapped up in the persona of one overzealous character who lives, eats, and breathes bundle and save insurance, all while dressed in a white logo apron, slightly teased hair, and ever-present black headband.

Unless you’ve sworn off TV since January 14, 2008, the day the irrepressible Flo made her Progressive Ad debut weeks before Superbowl Sunday, you have to admit that, love her or hate her, she is the face of Progressive Insurance. And although insurance is nothing to laugh about, one of the fun facts about Progressive insurance is that in the first ten years of Flo’s rule, Progressive saw its coffers swell from $13,6 billion in 2008 to $30 billion in 2018. How much of that is due to Flo and how much to the company’s snapshot feature, or its 24/7 online quote service, is debatable, but the point is that whoever is responsible for Progressives ads knows how to make a meaty commercial.

And for those of you who are wondering what an apron has to do with insurance, Progressive means it to be a symbol of the hard work and dedication that people who are unafraid to dig right in, sweat a bit, and get their hands dirty on their job, whether they’re cooking a meal, conducting research in a lab – or preaching the wisdom of bundling and saving insurance. And if a splash or two gets beyond Flo’s apron, you know she won’t stop talking about insurance. 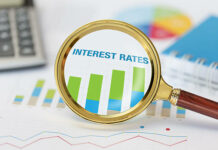 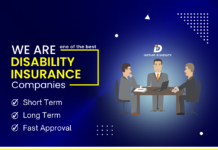 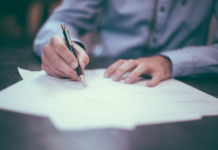 Top 12 Benefits Of Having A Life Insurance